EL PASO – With the scorching summer heat and a rising tide of migrants heading to the United States, authorities say there has been a sharp rise in the number of deaths among those crossing the border – including migrants lost in the desert or drowning in the water-filled canals of the Rio Grande.

In fiscal year 2020, which ended on September 30, border patrol officers discovered 250 bodies of migrants along the border. As of May of this fiscal year, 203 had already been found, with the hottest months still to come. The figures do not include bodies found by other agencies, such as the county sheriff’s departments.

U.S. and Mexican officials and immigrant rights advocates brace for an increase in rescues and deaths as the summer heat sets in. The number of migrants rescued by the border patrol during fiscal year 2021 is, to date, 6,898, well above the 5,071 for the whole of fiscal year 2020.

To avoid border fencing in urban areas, unscrupulous smugglers lead migrants through more remote and risky areas, such as the arid desert outside of El Paso, where there are fewer law enforcement officers. border patrol.

Involuntary migrants making the grueling journey in triple-digit heat with limited food and water supplies and homelessness died within hours. And the death toll is expected to rise, experts say.

“The border has become a bottleneck,” said Ieva Jusionyte, anthropologist at Brown University and author of Threshold: emergency responders at the US-Mexico border. “You have asylum refugees waiting in camps, shelters. The families broke up. Desperation set in, all in this one area, and nothing was resolved. So of course you can expect injuries and deaths to increase. “

Last week, the head of the El Paso border patrol sector, Gloria Chavez, invited a group of journalists to walk a small distance up a hill that leads to Mount Cristo Rey, named after a huge limestone Jesus. on a cross dominating the border states of Texas, New Mexico and Chihuahua, Mexico. She wanted reporters to experience first-hand the triple-digit temperatures migrants face on a daily basis – too often with fatal consequences.

“Transnational organizations continue to recklessly neglect the lives of the migrants they smuggle into the country,” Chavez said.

The rescues included 186 special operations, officers said. US Customs and Border Protection Air and Marine Operations pilots in Culberson County, about two hours east of El Paso, last week rescued an injured woman in a race against time in a desert and remote region. She was suffering from heat exhaustion and was unresponsive.

“Human trafficking organizations continue to illegally push these vulnerable migrants across the border into the deserts and mountains of western Texas and New Mexico in temperatures over 100 degrees, putting their lives at risk. danger, ”said John Stonehouse, director of Air and Marine. Operations for the El Paso branch of CBP. “They often leave these people in remote areas without food or water. This shows how little these criminal organizations care about the safety and well-being of the people they exploit.

Days earlier in Culberson County, border patrol officers found 33 migrants with severe heat-related illnesses in a U-Haul truck in Van Horn. County sheriff’s officers and deputies provided emergency assistance to the people, who had been locked inside the suffocating truck. Some migrants were taken to hospital.

“It happens at least – at least – once a day,” Sheriff Oscar Carrillo said. “I’ve never seen anything like it.”

In Mexico, Pastor Rosalio Sosa, who runs a network of shelters along the border, said the situation was dire. “We receive four to five migrants a day in distress, dehydrated, near death,” he said.

While much of the US focus on migration has been on unaccompanied children, the most recent data from CBP shows that of 180,034 migrants encountered in May, the vast majority were single adults.

Most have been deported to Mexico under Title 42, a public health provision invoked during the coronavirus pandemic that aims to reduce the spread of COVID-19. It allows migrants to be quickly returned to Mexico.

But smugglers are now paid for multiple attempts to get their clients across the border: While migrants are quickly returned to Mexico, many try again – up to five times, according to law enforcement officials and officials. migrants.

“Normally we would see a drop in migrants arriving in the summer because of the heat and the snakes,” Sosa said, “but the coyotes work 365 days a year, 24/7.

Jose Lopez, 24, is at a shelter in Ciudad Juárez, Mexico. He says he almost died in the wilderness along the New Mexico-Texas line after crossing the border. “I ran out of water,” he says. “I was lucky that the migration [immigration authorities] found me. I did not run away from them; I was fleeing death.

He was quickly returned to Mexico but said he would not return to Guatemala. “I want to heal, to regain my strength.” Returning to Guatemala, Lopez added, is “a certain death sentence for me and my family.” The desert, he says, “offers me a chance.”

Fernando Garcia, executive director of the Border Network for Human Rights and one of many immigrant advocates who met Vice President Kamala Harris and her delegation during their border visit on Friday, called for an end to the title deportations 42.

“We are witnessing a dramatic and horrific increase in loss of life,” he said. “We have stressed the need to stop using Title 42. These strategies are helping to seal the border, resulting in the deaths of so many migrants in alarming numbers. It is not circumstantial. It is the policies of the United States that are essentially killing people. “

Marisa Limon Garza, Deputy Director of the Hope Border Institute, also met with Harris and his delegation. She said: “I noted the lives lost to the heat during the meeting coupled with a call, echoed by many, to reestablish the asylum with a plan in mind so that people’s lives can be spared. . “

The Vice President is leading the national effort to reduce migration from Central America by addressing the root causes of migration. Speaking at a press conference in El Paso, Harris said, “Not only do we have a reason to be concerned about cause issues because of what we see at the border, but also because we… live in the neighborhood, in the Western Hemisphere. “

“Border surges have been a challenge for years and years,” he said, “and meeting this challenge successfully requires a multi-part plan.

“We have a plan,” he said, explaining the vice president’s efforts to get to the root of the problem and his agency’s intention to “create a plan for a safe and legal route for them. people eligible for humanitarian aid “and to” rebuild the country’s asylum system “, which was dismantled under the previous administration.

On the ground, the police note that exploitation by smugglers knows no borders. Many smugglers also exploit the vulnerabilities of minors, using social media apps to offer American teens easy cash, up to $ 3,000, to help transport migrants once they’ve snuck their way into the streets. United States.

“Over the past few months, many of the drivers we arrested were between the ages of 14 and 19,” said Border Patrol Officer Jerry Galvan. “Lots of them from Sunland Park, El Paso, some from Las Cruces.”

Things are going so badly in Sunland Park, New Mexico, across the state-El Paso border, that Fire Chief Jose Medrano said he upgraded two fire vehicles from town to help with rescues.

“We envision a long and hot summer,” said Medrano, whose station has been criticized with rescues and at least two deaths in recent days.

As the drama unfolds this summer, Bishop of El Paso Mark Seitz has called for understanding a complex issue marred by political rhetoric.

“We have to deal with them as human beings, away from politics, and ask them, ‘Why are they here? Who are these people who, in despair, fled their homes and traveled thousands of kilometers to risk their lives? ‘ “, did he declare. “We can’t just say, ‘You broke the law. Return.’ We need to ask deeper and more complex questions. We are better than that. “

Next Triple-play plan is dead, but this surprisingly popular plan may just stop the bleeding of cable companies 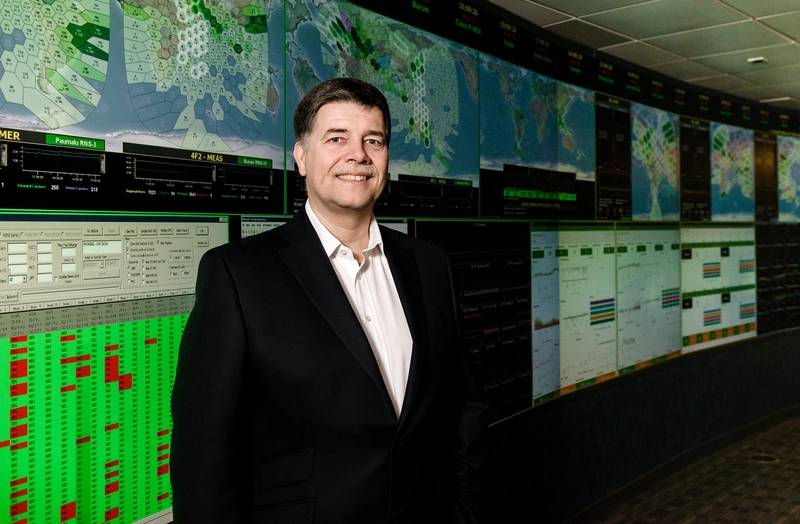